People who have been in meetings with me have probably heard me say, “Let’s move on.” That’s how I tell people they’re on the verge of wasting my time. If they’re lucky, they’ve never heard me say, “Anything else?” That means they’ve already wasted my time, and I’m not happy about it. Time is the most valuable thing you have — and I’m not just talking about the minutes for which you’re paid.

A lot of people want to take your time from you. They want to bend your ear about something that you’ve already talked over. They’re dreading starting some task and they want you to become their accomplice in procrastination. You’ve probably done this yourself. 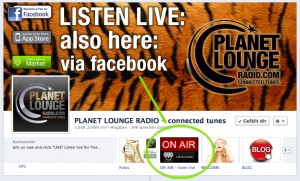 But every moment of your time matters. I try to be in control of all of my time — from the first hours after I wake, to the slower hours before bed, to all those little minutes that get eaten up by idle chatter during meetings. Being stingy with your time is the key to working 24/7 but still getting 8 hours of sleep, as I do almost every night.

Work Doesn’t Have to be Your Life, But Your Life is Your Work

As my wife, Edye, often says, I am not great at the so-called work-life balance. I work all the time. I’ve even pursued my hobbies with the same intensity I apply to my work, from stamp collecting as a kid to art collecting as an adult. I never play golf because it takes too long, and the business connections it produces can be made just as easily over an early breakfast. I never stay anywhere — parties, museums, meetings — longer than 3 hours. That’s my personal limit. In my view, there aren’t many things that need to last more than 3 hours.

The work-life balance seems to be a favorite topic of life coaches, therapists, and self-help books. They believe it counteracts “workaholism,” the damaging addiction to work. Some managers argue it’s increasingly important to keep in mind as technology allows work to seep into all of our hours, wherever we are.

I’m not suggesting we should bark like Pavlov’s dogs every time our BlackBerrys buzz, or sacrifice a weekend hike for a conference call that could have waited until Monday. And I do understand that as companies cut jobs in tough times, the employees who remain sometimes have to pull more weight than they can carry. That’s when it’s particularly important to enforce the 8 hours of sleep rule and to get peaceful time away from the office.

But I also know I’m happiest when my work and my life feel like one and the same, not like two opposites to be balanced. I am a workaholic because I consider everything I do part of my work. It’s one reason I put our family name on buildings. I’m proud of what I do in the office and outside it.

I want even my leisure to be productive. It has to make me feel happier, healthier, and smarter. Since my days at Michigan State University, I’ve loved watching football. But I refuse to spend 3 hours watching a 1-hour game. So I TiVo all of the games I want to watch and then speed through the idle commentary, commercials, and halftime show and just watch the plays.

Know what you have to do, which is less than you think

The best way to take control of your time is to know what you must do. Sometimes it can seem like we have to do absolutely everything. We have to exercise an hour a day, seven days a week. We have to reply immediately to every e-mail and phone call.

Thinking that everything is important, that every request from other people has to be answered with a yes, will make 24 hours seem inadequate. In fact, there are very few things that you truly have to do. This category should include only the things that make you run — the things you couldn’t live or work without. Nothing else comes close to being crucial.

When I launched Kaufman and Broad, I knew there were two things I absolutely had to do. One was to get 8 hours of sleep. Without that, my other 16 hours just wouldn’t be what they could be. The second was to make all the decisions about land, particularly when we began to treat it as a raw material.

Picking land to buy is the biggest decision a homebuilder makes. It can’t be undone. If you choose incorrectly, it’s a sure?re way to lose money. But if you choose wisely, it’s the quickest way to gain.

Where to buy land was not a decision I could afford to screw up. I never let anyone else have the final word on land as long as I was in charge of the company. From the time we were a local builder buying a few dozen lots to our years as an international company building thousands of houses a year, I signed off on every land decision. I made sure always to know where we were buying, what the market was like there, and what each lot would do for us.

Anyone in any job can narrow his or her task list to the one that really matters. That’s the job that should get your greatest — in fact, undivided — attention. It’s the decision you want to make at your most alert moments. It’s the task that earns you your salary, pays for your free time, determines the success of your company, and — when you do it right — makes you feel the most capable and proud.

Not everyone needs 8 hours

For some people, sleep seems incidental. If you’re one of them, I envy you. Bill Clinton, who I have known since he was governor of Arkansas, sticks out in my mind as someone who does exceptionally well with very little rest.

While he was president, he invited me to stay at the White House. It had been a long day and I was tired, so I went to bed a bit early. At 11:30 PM, I woke up to a knock on the door. The president’s usher poked his head in and informed me that the president was in the solarium and wanted to chat. There wasn’t much I could say except, “Sure.”

President Clinton came in, sat down, and began talking about everything — the Russian election, the Taiwan Strait, Israel, and why Kentucky was the best of the Final Four in that spring’s college basketball playoffs. We ended up going to bed not long before dawn.

Only a few hours later, we were up again for a meeting. He asked me how I had slept.

Setting priorities means being disciplined, but not rigid

Without adequate rest, it’s hard to take a disciplined approach to using your time or to setting priorities, which is what makes effective use of your time possible. Making land decisions was not, of course, the only thing required of me as CEO of Kaufman and Broad. I couldn’t, say, slack off on reviewing our financials, ditch the shareholder call, or ignore meetings with analysts. For everything else I had to do, I prioritized.

Prioritizing isn’t just about making a list and checking off the boxes. It is something you should be doing constantly. Circumstances change throughout the day — emergency meetings are called, colleagues dream up new initiatives, a sudden inspiration comes to you at the coffeemaker — and your priorities can’t stay rigid. Be flexible but also keep in mind what’s most important.

Being unreasonable will help you set your priorities. Keep them constantly in mind. Doing that will make a stray chat with a colleague who habitually interrupts you seem a lot less necessary, no matter how much you convince yourself that you’re just being a team player or trying not to hurt anyone’s feelings.

If at the end of the day your priorities aren’t completed, start early the next day or take work home. If I want to go over costs with a fine- tooth comb, as I’ve done since the early days of my business career, I can do it after hours. I’ve very often held meetings at 7 in the morning or 7 at night. Some people have legitimate reasons to excuse themselves — a family dinner, a previous commitment — but most people balk just because they’d rather be on their couch. No matter all the ways technology makes it easier and less of a chore to do, people still seem too reluctant to let work in to their 5-to-9. If you’re serious about getting ahead, you can’t keep those hours completely free of work — and, if you find you always want to, maybe you’re in the wrong business.

If you can’t delegate, it’s not them, it’s you

Once you’ve identified your crucial tasks and sorted out your priorities, try to find a way to delegate everything else. The inability to delegate is one of the biggest problems I see with managers at all levels.

Maybe I was lucky that I started my career before technology arose to let us keep tabs on everything all the time. In the days before e- mail, I could have asked that my employees copy me on every piece of correspondence, but that would have taken a lot of time and paper.

But today, I know executives who want to be copied on everything their employees do and who check the price of their company’s stock every 30 minutes. Such habits make it difficult to focus on your crucial tasks and your priorities. I never receive copies of e-mails unless it’s essential. When I was at Kaufman and Broad and SunAmerica, I never checked the company’s stock price except at close — if anything big happened during the day, I made sure someone was charged with telling me. And I never interrupt what I’m doing for the intrusion of some other task. If you’re in a meeting with me, you have my full attention — and you’d better use it well.

The trick to delegating is to make sure your employees share your priorities. Bosses should make clear what qualifies as an emergency, which situations require a team, individual, or leader response, and how far each person’s duties and abilities can be stretched.

Find the best people to whom you can delegate, and know their strengths and weaknesses. If you think you can do it better, delegate anyway and try as hard as you can to close that gap by giving your colleague or employee the right feedback. Then recognize and accept that just because someone does something a little differently than you would, that doesn’t mean it’s wrong. What counts is that your goals get accomplished at a sufficient level of quality.

The only thing you shouldn’t delegate are your crucial tasks. The one time I did that at Kaufman and Broad, handing the reins to the wrong person, I paid for it dearly. I picked a very smart guy to take over as CEO for a few years while I focused on our insurance business. But he wasn’t the strongest manager. He didn’t keep as close an eye on land decisions, and some of his executives were roped into poor investments. They didn’t control their costs — something I had insisted on with near-religious zeal when I headed the company.

If you’re afraid to delegate, or if you delegate incorrectly, it’s not your employees’ fault — it’s yours. It’s up to you to recognize when an employee just isn’t up to the task. In that case, cut your losses quickly.