They make great “pets,” but they’re even better as part of your diet.

They became popular as “chia pets” in the 1980s, those green-furred animals that are still found in thousands of homes today. But chia seeds, which sprout within a couple weeks on pets like this pig, are put to far better use (depending on your priorities!) as part of a healthy diet.

Chia is the Mayan word for strength, and chia seeds were an important energy source for many ancient cultures, including the Mayans and Incans. The Aztecs also used chia mixed in water for a beverage, ground it into flour, and pressed it for oil, while warriors were said to use it as a high energy supplement while on conquests.

The seeds still are a major dietary staple in South and Central America today, as they are good sources of fiber and protein, and have an extremely high concentration of essential fatty acids—even more omega-3s than salmon. They also contain potassium, calcium, iron, phosphorus, and manganese, while being low in cholesterol and sodium, and have a high contration of antioxidants.

With all these nutrients and more, chia seeds have become one of today’s superfoods, with benefits to the body and brain. Athlete Christopher McDougall, who wrote Born to Run, noted that Tarahumara Indians in Mexico ate chia seeds while on their desert runs, making the seeds popular with marathoners. Chia seeds can be eaten raw, or added to drinks and foods. When soaked in water, they form a gel that can be used in baking, and they also thicken smoothies and oatmeal, while being a crunchy addition to yogurt.

Here’s a glimpse of seven health benefits associated with the seeds.

2. Protect the heart. Animal studies have indicated chia’s potential to help preserve heart health. An animal study published in February 2012 found that chia seeds, as a source of the essential fatty acid “a-linolenic acid (ALA),” when fed to rats on a high-carb, high-fat diet, reduced cardiac and liver inflammation and improved insulin sensitivity and glucose tolerance.

3. Manage cholesterol. Early animal studies have also indicated that adding chia to the diet may help to normalize blood fats and cholesterol levels. In one study published in 2009, researchers fed rats a high-sugar diet for three months, then substituted chia seed for the source of fat in the diet from month 3-5 in half the animals. The dietary chia seeds prevented the onset of high lipids and fats in the blood, and helped to reduce abdominal fat.

5. Enhance energy. Because they are so nutrient-dense for their size, chia seeds make great energy foods for long runs, hikes, and other endurance efforts. The high protein content, along with the slow-burning combination of fibers, keeps you going for hours. In fact, according to a Bloomberg article, chia seeds have become the “stimulant of choice” among Wall Street investors and traders because they’re healthier than coffee, cheaper and more legal than cocaine, and less juvenile than the 5-hour energy drink.

6. Regulate the digestive system. Chia has a reputation for helping to maintain and restore intstinal health, though so far it doesn’t appear that there are any scientific studies on the subject. Most likely, it is because of the unique fiber content in the seeds that people are experiencing this benefit. In today’s world of over-processed foods and white flour, rich sources of soluble and insoluble fiber are difficult to find. Chia seeds help to promote regularity, and is easily digested. It digests slowly, and helps keep the colon hydrated. Many patients swear by it for preventing diverticulitis (inflammation of the colon).

Do you use chia seeds in your diet? How do you prepare them? Have you noticed a difference in your health since using them? 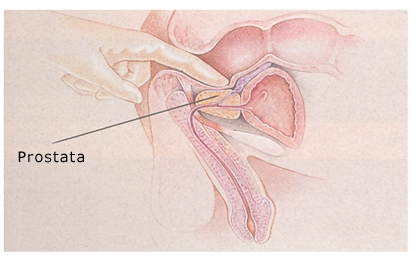 How to Recognize the Warning Signs of Prostate Trouble