Alcohol and Its Effects 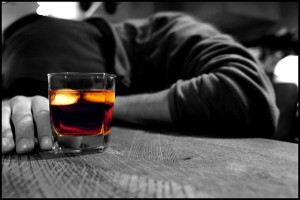 Alcohol, or ethyl alcohol (ethanol), refers to the intoxicating ingredient found in wine, beer and hard liquor.  Alcohol arises naturally from carbohydrates when certain micro-organisms metabolize them in the absence of oxygen, called ferment-ation. Beer, wine and other liquor contain different amounts of alcohol.  The amount of alcohol in distilled liquor is known as ?proof?.  Proof refers to the amount of alcohol in the liquor; for example, 100 proof liquor contains 50% alcohol, 40 proof liquor contains 20% alcohol, and so on.  Traditional wine has approximately 8-14% alcohol, while regular beer has 4-6% alcohol.

Recent studies show that moderate use of alcohol may have a beneficial effect on the coronary system.  In general, for healthy people, one drink per day for women and no more than two drinks per day for men would be considered the maximum amount of alcohol consumption to be considered moderate use.  (By ?healthy? people, we are referring to non-pregnant women, individuals not addicted to alcohol, and people without pre-existing medical conditions, among others).  However, the amount of alcohol that a person can drink safely is highly individual, depending on genetics, age, sex, weight and family history, etc.  A ?drink? is considered to be:

How Alcohol Travels Through the Body

Alcohol is metabolized extremely quickly by the body.  Unlike foods, which require time for digestion, alcohol needs no digestion and is quickly absorbed.   Alcohol gets ?VIP? treatment in the body ? absorbing and metabolizing before most other nutrients.  About 20 percent is absorbed directly across the walls of an empty stomach and can reach the brain within one minute.

Once alcohol reaches the stomach, it begins to break down with the alcohol dehydrogenase enzyme.  This process reduces the amount of alcohol entering the blood by approximately 20%.  (Women produce less of this enzyme, which may help to partially explain why women become more intoxicated on less alcohol than men.). In addition, about 10% of the alcohol is expelled in the breath and urine.

Alcohol is rapidly absorbed in the upper portion of the small intestine. The alcohol-laden blood then travels to the liver via the veins and capillaries of the digestive tract, which affects nearly every liver cell.  The liver cells are the only cells in our body that can produce enough of the enzyme alcohol dehydrogenase to oxidize alcohol at an appreciable rate.

Though alcohol affects every organ of the body, it?s most dramatic impact is upon the liver.  The liver cells normally prefer fatty acids as fuel, and package excess fatty acids as triglycerides, which they then route to other tissues of the body.  However, when alcohol is present, the liver cells are forced to first metabolize the alcohol, letting the fatty acids accumulate, sometimes in huge amounts.  Alcohol metabolism permanently changes liver cell structure, which impairs the liver?s ability to metabolize fats.  This explains why heavy drinkers tend to develop fatty livers.

The liver is able to metabolize about ½ ounce of ethanol per hour (approximately one drink, depending on a person?s body size, food intake, etc.).  If more alcohol arrives in the liver than the enzymes can handle, the excess alcohol travels to all parts of the body, circulating until the liver enzymes are finally able to process it. (Which is another good reason not to consume more than one drink per hour.).

How the Liver Breaks Down Alcohol

The alcohol dehydrogenase enzyme breaks down alcohol by removing hydrogen in two steps:

2.      Acetaldehyde dehydrogenase oxidizes the acetaldehyde to acetyl CoA. These reactions produce hydrogen ions (acid). The B vitamin niacin (in its role as the coenzyme NAD) picks up these hydrogen ions (becoming NADH).  Thus when alcohol is metabolized, NAD diminishes and NADH increases.

With moderate drinking, the liver can process alcohol fairly safely.  However, heavy drinking overtaxes the liver resulting in serious consequences.  A liver clogged with fat causes liver cells to become less efficient at performing their necessary tasks, resulting in impairment of a person?s nutritional health.  Fatty liver is the first stage of liver deterioration in heavy drinkers, and interferes with the distribution of oxygen and nutrients to the liver?s cells.  If the condition persists long enough, the liver cells will die, forming fibrous scar tissue (the second stage of liver deterioration, or fibrosis).  Some liver cells can regenerate with good nutrition and abstinence, however in the last stage of deterioration, or cirrhosis, the damage to the liver cells is the least reversible. 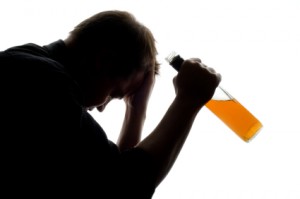 For moderate drinkers, alcohol does not suppress food intake, and may actually increase appetite.  Chronic alcohol consumption appears to have the opposite effect.  Alcohol causes euphoria, which depresses appetite, so that heavy drinkers tend to eat poorly and become malnourished.

Alcohol is very rich in energy, packing 7 calories per gram.  But like pure sugar or fat, the calories are void of nutrients.  The more calories an individual consumes in alcohol, the less likely it is that they will eat enough food to obtain adequate nutrients.  To make matters worse, chronic alcohol abuse not only displaces calories from needed nutrients, but also interferes with the body?s metabolism of nutrients, leading to damage of the liver, digestive system, and nearly every bodily organ.

To Drink or Not to Drink?

Moderate use of alcohol can be an enjoyable, safe experience if used with caution. If you do choose to drink, sip each drink slowly, and always consume alcohol with food.  Spaces drinks out to no more than one drink per hour, and consume plenty of water in between drinks.  Never drink while pregnant and never drive when intoxicated.

Alcohol is part of our daily culture and way of life. We drink alcohol to relax, socialise, celebrate, and for its taste. The challenge for our society is to balance alcohol’s place in the culture with the health risks associated with drinking too much and drinking more than is healthy over a longer period.

In 2010, for example 81% of the South Australian population over the age of 14 years reported that they had consumed at least one standard drink in the previous 12 months. The annual cost to the Australian community of alcohol-related social problems is estimated to be $15.3 billion.

Everybody responds differently to drinking alcohol so it is not possible to say what effects havng a certain number of drinks has on a person. Instead blood alcohol concentration (BAC) can be used as a guide to what affects alcohol may have on behaviour.

Alcohol starts to affect the brain within five minutes of being consumed. The BAC peaks about 30-45 minutes after one standard drink is consumed. Rapid consumption of multiple drinks results in higher BAC because the average body can only break down one standard drink per hour.

The effects of alcohol vary depending on a number of factors including:

Intoxication is the most common cause of alcohol-related problems, leading to injuries and premature deaths. As a result, intoxication accounts for two-thirds of the years of life lost from drinking. Alcohol is responsible for:

In addition to health problems, alcohol also impacts on relationships, finances, work, and may result in legal problems.

A regular drinker may develop tolerance and dependence. Tolerance means that they feel less effect than they used to with the same amount of alcohol. Dependence means that the alcohol becomes central in their life and they continue to drink despite being aware of the harms caused through that consumption. A lot of time is spent thinking about alcohol, obtaining it, consuming it and recovering from it. The person will find it difficult to stop drinking or to control the amount consumed.

Someone who is physically dependent on alcohol will experience withdrawal symptoms when they stop drinking or substantially reduce their intake. Symptoms usually commence 6-24 hours after the last drink, last for about five days and include:

Alcohol withdrawal can be very dangerous. People drinking more than eight standard drinks a day are advised to discuss a decision to stop drinking with a doctor as medical treatment may be required to prevent complications.

A moderate amount of alcohol consumed occasionally does not harm most people. However, excessive drinking above recommended levels, on a regular basis, can cause health problems.

The guidelines recommend that healthy men and women should drink:

These drinks should be spread over several hours. Everyone should try to have at least one or two alcohol free days a week.

Tips to reduce the risk to your health when drinking

Evidence shows that maternal alcohol consumption can harm the developing fetus or breastfeeding baby. It is recommended that women who are pregnant, planning to be pregnant or are breastfeeding should not consume alcohol at all.

National guidelines for alcohol consumption have been developed by the National Health and Medical Research Council. The guidelines on Pregnancy and Breastfeeding recommend the following.

There are many good reasons for people aged less than 18 years not to drink alcohol. Early drinking is related to increased alcohol consumption in adolescence and young adulthood. These drinking patterns are also related to the possibility of damage to the developing brain and development of alcohol-related harms in adulthood.

To avoid the risk of harm to the drinker and others, alcohol should be avoided before and during driving (or other activities involving risk or requiring a degree of skill). Although state laws permit experienced drivers a BAC of up to 0.05%, there is evidence of effects on performance at lower levels. At a BAC of 0.05%, the risk of a crash is 5 times greater than with a BAC of 0%.

Alcohol and Other Drugs

Alcohol can be dangerous when other drugs and medications (including over-the-counter preparations) are taken. Alcohol magnifies the effects of sleeping pills (eg Serepax, Valium, Mogadon), cannabis, strong painkillers, some antipsychotics and antidepressants. Effects can be unpredictable when combined with stimulants such as caffeine, cold remedies, appetite suppressants and amphetamines. Oral contraceptive pills or oestrogen replacement therapy can also influence the effects of alcohol.

OUT NOW: Planet Lounge Radio APP in your App Store and on the Android Market

13 Ways to Have More Energy in the Mornings
How to Find Your Stress Sweet Spot
Chia-Samen: Superfood mit größter Wirkung
Previous post

Alcohol and Its Effects